Takashi Yanase, creator of Japanese superhero Anpanman, died this month October, 2013, at age 94.  Today’s post  honors this great visionary, whose work was at one time, rejected.
In American pop culture superheroes have long had their place,  from  humble beginnings in their appearances  in comic books to muti-million dollar making motion-pictures.  Superheroes make  for great entertainment, they are strong, powerful and nearly invincible if it were not for their ” kryptonite”,  an invisible weakness.  What  draws children as well as adults to these superheroes?  Is it that somewhere inside every one of us is the desire to fight injustice and be stronger than our struggles?   Superheroes such as Batman, Superman,  Spiderman, and Iron Man, all have one thing in common, an  obligation to save while hiding their vulnerability.

How does this relate to a children’s animation character and Mr. Takashi Yanase? Mr. Takashi Yanase, managed to break his character Anpanman, free of the expected  hero-role. Years ahead of his time, Mr. Yanase created a character that was as equally vulnerable and giving as he was powerful.  Anpanman, whose head is made of traditional Japanese bread stuffed with read bean paste, will allow any starving creature to eat part of his head.  The mere thought of this being shown to young children, explains the initial rejection Mr. Yanase, received. What would provoke anyone to create such a seemingly gruesome concept and direct it towards young children? It was Mr. Yanase’s strong belief that true injustice stemmed from greed.

Having lived through World War II, Mr. Yanase, felt that even in the midst of war, one should reach out to those in need, regardless of nationality. Anpanman, was born as a desire to instill in children such message.

Having been initially rejected, Mr. Yanase’s Anpanman picture books, were nonetheless shelved in local libraries,  were librarians noticed a common trend, Anpanman comics would fly off the shelves, the pages worn and withered from the many tiny-eager readers. Today, Anpanman, “holds a place in The Guinness World , Records for the largest number of characters at more than 1,700″- The Washington Post Takashi Yanase, creator of popular Japan cartoon character Anpanman, dies at 94 – The Washington Post

The anime adaptation of Anpanman, is one of the most popular anime series amongst young children in Japan, and has remained the most popular fictional character for children ages 0-12 years old in Japan for 10 consecutive years.

So here is to a novel idea with humble beginnings from a self-sacrificing man who was ahead of his time- Mr. Takashi Yanase, creator of Anpanman. May you find some inspiration. 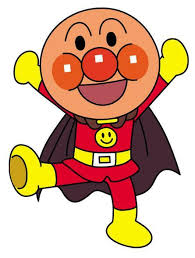