A good book is captivating, cozy, exciting, one you can not put down. There is a certain connection you can make with the characters in a book that is not possible with any other form of entertainment. A good book allows you to breathe life into a character, by connecting the author’s words with the readers personal life-experiences.

Tonight’s book, was a good book. The Curious Disappearance of Professor Brown or The Pumpkin of Doom by Tim Flanagan, a book for pre-teens. I lost myself in the book, and although the book has skillfully drawn comic style illustrations, the wording style of the writing is astonishingly descriptive.

The way Lawrence Pinkley, the eighteen year old, private investigator and main character describes his first encounter with Russet Brown, is straight out of a 1930’s detective movie, descriptive and eloquent. “ An elegantly dressed woman had entered Piffany’s and seemed to be floating gracefully towards my table….”I’m Brown, Russet Brown,” and she was. Her red-brown hair tumbled across her shoulders, framing an olive-toned face and dark brown eyes. A thick coat that reached down to her knees was tightly wrapped around her body.”

But if you think this set’s the tone for the book as a romantic-sappy teen novel you will be in for quite the surprise, the book also contains the following lines “ It made me wonder why the monkey would be the lucky owner of such a red rear. Maybe it was due to its limited and prickly diet, or possibly a lack of soft jungle toilet tissue.”

These two lines, sum up the tone of the book, about a Private Investigator who is caught between being a teenager and an adult. Lawrence Pinkly, who takes over the family Private Investigations business, after the death of his father, has no previous experience or for that matter an interest in the family business. However unbeknown to Lawrence, the private detective blood in him is strong.

Why this story works, Long gone are the days where teenagers were familiar with detective style mystery novels. Lawrence, is new at this private investigating too, after recalling how he fumbled with his first assignment, the case of the missing monkey, he explains “That’s the sort of thing a P.I does. Missing items, the things the local police force lose interest in or don’t class as important, as well as situations of a more peculiar nature.” Both the main character and the reader are discovering unknown territory, working to solve a mystery and discovering a new genre.

There is an old-school charm to this book, with a touch of witty-humor (at times “bathroom-humor”.) that makes for a great read for middle-schoolers.
And of course it does not hurt that the illustrations are their own little masterpieces. 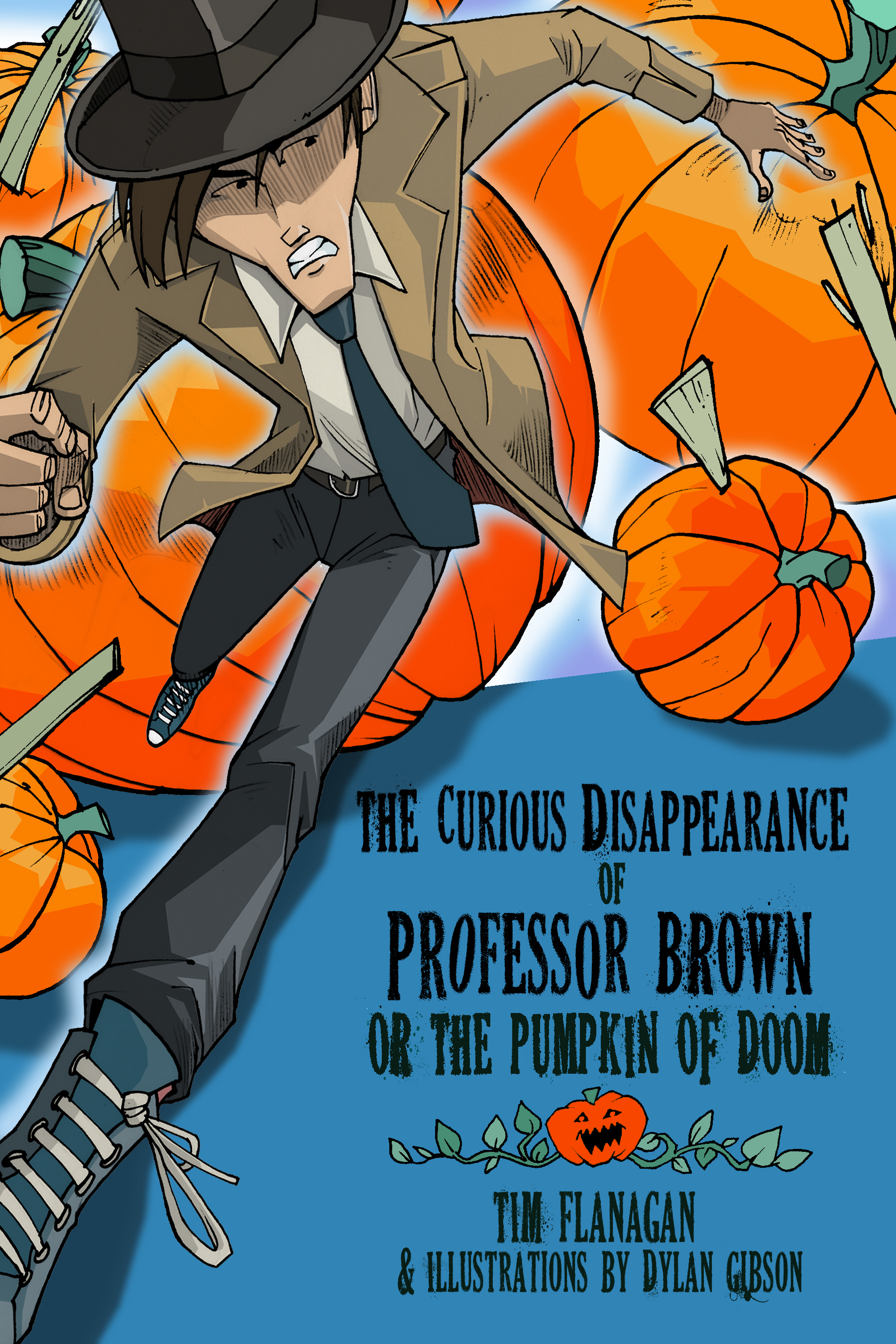